How To
/
Blog
/
Into the Mind of the Mentalists: The Real Magic Behind Mentalist Tricks 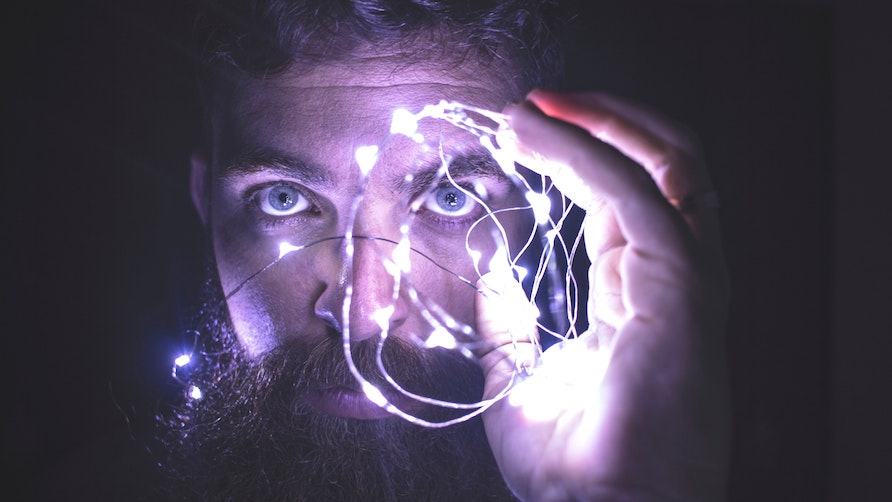 If you’ve ever been dazzled by a street magician or had your mind blown by a performer seemingly reading your mind, you’ve been witness to the skills of a “mentalist.” Mentalism, in general, refers to magic tricks that seem to tamper with reality around us, getting into our heads and making us doubt what is real. Hypnosis, mind reading, and prophetic knowledge all fall under the craft of mentalists.

Mentalists often develop magnificent and bombastic stage personas that hearken more to the appearances and style of practitioners of the arcane than of the famous stage illusionists like Houdini, despite both using some of the same techniques to design their tricks! The biggest difference, in the end, is in the final result.

While magicians typically maintain the framing of illusionism, with most of their tricks involving keen slights of hand, mentalists want you to doubt what’s going on around you. They delight in tricks that warp your perception of reality, whether you’re the subject of the trick or merely a member of the audience. Instead of misdirection and dexterity, mentalism is all about taking advantage of our brains’ unique functions and playing on our preconceived notions of what is possible.

In this piece, we will explore a few common tricks, how they work, and why they are so effective at entrancing audience members. Take a look:

One of the most popular types of mentalist tricks is stage hypnotism. If you’ve ever been to a hypnotist show you might leave feeling somewhat freaked out. After all, if hypnotism is real and stage hypnotists can make strangers act like chickens or others, that could mean more skilled hypnotists could be manipulating the whole world, right?

Thankfully, no. The real magic of hypnotism lies in a few mental shortcuts that skilled mentalists take advantage of to create a show. Stage hypnotism simply doesn’t work without the spectacle and the willing participation of volunteers.

Hypnotism has been the subject of countless scientific studies over the decades, and there is a distinct difference between stage hypnotism and clinical hypnotism. While they rely on the same core principles, the purpose is very different, which means that the approach for the hypnotist is much different.

For stage hypnotists, its 10% technique and 90% hype. If a mentalist stage hypnotist can get the audience in the mood to keep their mind open, they’ll be able to work wonders. Mentalists of this sort get the crowd excited and then look for audience members who are particularly susceptible to suggestion. Usually this involves doing an introductory, full-audience, short hypnosis session.

Hypnosis can’t make you do something you don’t want to do. It can decouple your anxiety or stage-fright, but only to a degree. Stage hypnotists filter out the crowd to find the people who are most willing and ready to perform, often to the surprise of their companions! In the end though, the hypnotist only ever makes suggestions of action to those already willing to perform. The actual hypnotism only helps them calm their conscious mind.

Mind reading is one of the most baffling mentalist tricks that exists. In the moment, you can feel totally exposed and outwitted. In truth, mind reading mentalism tricks have much more to do with mathematics, statistics, and confidence!

If you study mind reading tricks in detail, there is one pattern that will become clear: There is always a distraction. Mind readers don’t actually read your mind; instead, they utilize distractions and verbal misdirection to either guide you to think of their intended outcome or to trick you into revealing what you’re thinking.

Some mind reading tricks involve having the subject of the reading do simple math in their head or come up with answers to seemingly innocuous questions. In these types of tricks, the performer often relies on statistical information to guide the subject to a particular word or idea. For example, studies have shown that many people gravitate towards the number seven. By creating a sense of urgency and asking carefully crafted questions, a performer could guide a subject to thinking of numbers and then thinking of just the number they guess later in the trick.

In the end, mind reading is yet another example of bombast, performance, and subtle trickery utilized by mentalists to create a fantastic show. If the subject from the audience is busy trying to do math in their head, they might not notice the performer luring them right into the trick!

Mentalism is a fascinating performance art. Unlike traditional stage magicians, who delight in illusion and open trickery, mentalists often rely on creating a mood in which reality seems in doubt. The best mentalists utilize their performances and personalities to make their shows seem supernatural, but the good news is that mentalism isn’t supernatural. Anyone can learn it, and mentalists are, at the end of the day, skilled illusionists just like their stage-magic counter