Magic is one of the most successful and enduring forms of performing art, and the interesting thing about it is its ability to attract a wide range of people, from the less educated to those with extensive knowledge in a field, from the poor to the rich. This is because magic appeals to all of us due to the way human nature is built – we are always trying to make sense of the world and when something unexplained happens, we are fascinated. Magic also delivers delight to audiences, makes people forget about the hardships of daily life, and allows them to experiment dangerous situations without needing to take the risk themselves.

Have we managed to make you curious? Keep on reading and browsing our website and you will find out:

Welcome to the world of magic and we hope you will enjoy the information we have included in these articles! 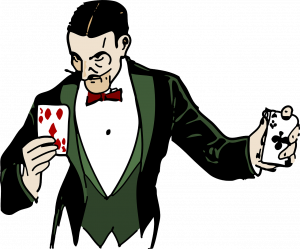