How To
/
Magic Tricks
/
Main types of magic performance

Magic is one of the oldest performing arts; in spite of the resonance of this term, natural means are used to stage tricks and illusions of feats that look impossible or supernatural. From card tricks to endurance feats like being buried alive, there are multiple types of magic performance, each having attracted audiences for centuries. Magic tricks were a common entertainment source at fairs, and the art has evolved ever since, making the best magicians in the world rich and famous. Let’s have a look at the most common magic types – you’ll probably recognize many of them!

Magic by categories of effects

The effect of these magic tricks is to produce something from nothing, like taking a rabbit out of an empty hat, or making a fan of cards emerge from thin air.

This is the reverse of a production, which means the magician will make something disappear, from a coin to the Statue of Liberty (a famous magic trick performed by David Copperfield).

This trick involved transforming something from one state into another, like a person turning into a tiger or having a handkerchief changing its color. 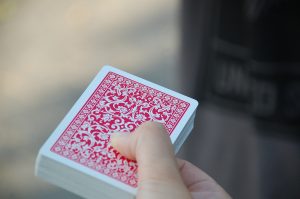 For this type of magic, two or more objects change places, and may even be transformed into something else in the end.

After destroying an object – like cutting a rope or tearing a newspaper – the magician restores it to its original state.

The magician or their assistant is restrained using handcuffs or a straitjacket and they manage to escape to safety before being injured – for instance, they escape from a car that is being sent through a car crusher.

A solid object is made to pass through another, like a set of steel rings linking and unlinking, or swords passing through an assistant. 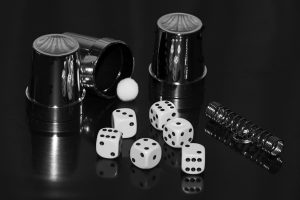 For this type of trick, the magician will make something float in the air, with or without the aid of an additional object. One of the most amazing levitation tricks was performed by Harry Blackstone, who floated a light bulb over the heads of the public.

The choice of the spectator or the outcome of an event is predicted by the magician, such as the total amount of loose change in a spectator’s pocket.

There are magic performances for large audiences, like a theater.

Parlor magic is magic performed for audiences smaller than an auditorium, but larger than a few people or one person. 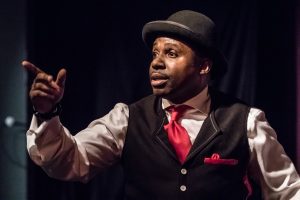 Close-up magic is performed for a very restrained audience, and even one-on-one.

The best-known magician specialized in escapology was Harry Houdini – this type of magic deals with escapes from restraints or confinements.

Mentalism makes the audience believe the performer has special powers that allow them to read thoughts, control minds, or predict events.

Pickpocket magicians remove personal effects from the audience by misdirecting people’s attention. This kind of magic is usually presented before small groups or in cabaret settings.

This kind of magic simulates mediumistic phenomena for theatrical effect. Magicians, unlike charlatans, do not pretend being in contact with spirits for real.

This genre aims to shock the audience and is rooted in circus sideshows. Shock magic features freakish performances like eating razor blades, piercing the tongue with a pen, or passing a needle through one’s arm.

Successful street magic performers are Gazzo, Jeff Sheridan, David Blaine and Cyril Takayama – these magicians approach members of the public who don’t suspect anything and perform magic tricks on them. In the last decades, this style was adapted for TV and its impact is based on the reactions of the public – an important moment was David Blaine’s first TV special called Street Magic (1997).

This type of magic is used to evangelize and teach catechism to people. The first use of gospel magic dates back from the 19th century, when St. Don Bosco performed magic tricks to attract children to come back to school and attend church.

Bizarre magic includes elements of horror and fantasy in a performance, and is recommended for close-up venues and stage settings. Famous names in this field are Charles Cameron and Tony Andruzzi.

Corporate magic is used for more than just entertainment – it is intended as a communication and sales tool. Corporate magic performances are presented at conferences, meetings, and products launches. Oftentimes, illusions use products of the corporate sponsors which are thus promoted in an unusual manner.

This type of magic is performed for audiences composed of children, and the setting is represented by libraries, Sunday schools, and birthday parties. Tricks often involve audience interaction and asking for members of the audience to volunteer as assistants.

These days computers are involved in almost any field, including magic. Magic tricks have been designed to function on a computer screen, thus replacing the magician. Common computer tricks include traditional card tricks, while others are based on optical and geometrical illusions. Some people where even fooled to believe their computer had supernatural powers – there was an online magic trick called Esmeralda’s Crystal Ball which became a viral phenomenon. 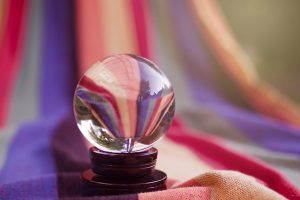 These are the most common types of magic, based on criteria like the effects they produce, the size and type of the audience, the props being used, or the motives and elements included in the magic trick. The magic performances you have probably seen multiple times cannot be included into one single category – they are often hybrids of several magic performance types. It’s no wonder there are so many types of magic out there, since performance magic has been an important part of popular culture since its appearance in the mid-19th century. Performances became more daring than ever, and being a famous magician can bring you not just a nice fortune, but also the fascination and admiration of thousands of people.