How To
/
Magicians
/
5 most successful magicians in history

Magic is one of the most fascinating forms of entertainment, because people have always been attracted by secrets and facts that seem supernatural. Those who have made possible the most amazing magic tricks in the world are nothing but people, though. What makes them different from other performers is their imagination, audacity, and flair for what keeps the public with their eyes glued to the scene. Here is a list of the 5 most successful magicians in the world – read it and be spellbound!

You don’t need to be passionate about magic to have heard about Harry Houdini. Anyone who is familiar with popular culture knows about the genius of this illusionist and stunt performer who has lived at the end of the 19th century and beginning of the 20th. Houdini, born Erik Weisz, is best known for his sensational escape acts. Some of the most unbelievable stunts created and performed by Houdini were trying to escape from special handcuffs commissioned by the Daily Mirror newspaper, being buried alive to emerge almost dead, and escaping from a milk can filled with water. His stunts gradually became braver and braver, and in 1912 he presented to the public his escape from a Chinese water torture cell. Houdini also managed to save himself from being suspended by his ankles from a tall crane while wearing a regulation straitjacket. Houdini died aged 52 of peritonitis, caused by a ruptured appendix. 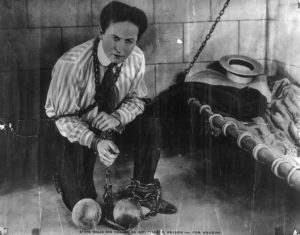 Born in 1973, this American magician is best known for his endurance feats and for having broken several world records. His interest in magic started at the age of 4, when Blaine saw a magician performing in the subway. Blaine first appeared on television in 1997 and his style was immediately deemed as groundbreaking. Blaine said in return that “I’d like to bring magic back to the place it used to be 100 years ago.” For his performance Buried Alive, Blaine spent 7 days in an underground plastic box covered by a 3-ton water-filled tank. He only drank 2 or 3 tablespoons of water a day and did not eat or talk. Managing to complete this feat has determined people to consider Blaine has outdone Harry Houdini, including the Hungarian magician’s niece. One of the latest stunts consists of Blaine catching a .22 caliber bullet in a small metal cup in his mouth. 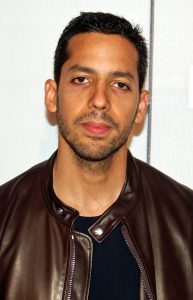 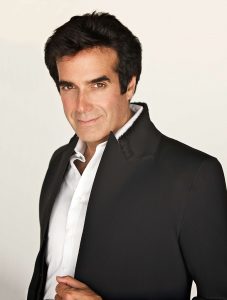 David Copperfield, by his real name David Seth Kotkin, is considered the most commercially successful magician in history. Some of the awards David Copperfield has been awarded include 21 Emmy Awards, 11 Guinness World Records, being named a Living Legend by the US Library of Congress, and receiving a star on the Hollywood Walk of Fame. Copperfield has sold over 33 million tickets worth $4 billion so far – more than any another solo entertainer in the world. His career started at age 18, when he left a Jesuit based school in New York City just three years into his freshman year to play the lead role in a musical. This is the moment when he adopted his stage name, taken from Charles Dickens’s famous novel. Copperfield had immediate success, and the musical he has played in, The Magic Man, became the longest running musical in Chicago’s history. One of his most representative illusions was making it look like the Statue of Liberty had disappeared, in 1983. His idea was to make people imagine what it would be like without freedom in today’s world. In 2013, David Copperfield completed a disappearing audience illusion – the details of this trick were eventually revealed in a fascinating documentary.

If Houdini was Hungarian American, this magician on our list has Greek origins. His real name is Christopher Nicholas Sarantakos, and one of his records is being on primetime television for more hours than any other magician in history. Criss Angel was named Magician of the Decade in 2009 and Magician of the Century in 2010 by the International Magicians Society. He has also been involved in musical ventures, as the lead singer for the industrial band Angeldust, as well as authoring a book called Mindfreak: Secret Revelations. Angel started to appear on TV in 1994, when he performed in an ABC primetime special called Secrets. Angel has openly criticized those who claim mediumship is real, and declared, “If somebody’s doing that for entertainment purposes, that’s one thing. But if they claim to be communicating with the dead, I don’t care if they’re from my hometown, I don’t care if they’re my family members: I’ll expose them and tell them what they really are.” One of his most successful stunts was performed in August 2002, when Angel spent 24 hours shackled underwater in a water torture cell the size of a phone booth.

The last magician on our list is English and his real name is Steven Frayne. Dynamo was born in 1982 and is the youngest in the entire list. He appeared in his own television show between 2011 and 2014, called Dynamo: Magician Impossible. His small stature is caused by suffering from Crohn’s disease and he started to perform magic tricks so other children would not pick him up anymore. Dynamo has managed to develop a massive fan base with clever card tricks and one of his secret strategies is represented by performing magic actions when the audience is blinking or not paying attention, so the trick goes unnoticed. Some of Dynamo’s best tricks are walking on water across the River Thames, Song Prediction, Money Change, and Coin in Ice.

These 5 famous magicians, as well as any other names we have not included in our list, managed to attract crowds by understanding why people are fascinated by magic. Because the human brain has evolved to make sense of the world, we are always trying to understand unusual situations. And, no matter how wise and educated we are, there is a part of us that wants to believe in magic. People were thrilled with magic when Houdini used to perform, a century ago, and they still are today, when living magicians in our list are some of the most successful and rich people in the world.