How To
/
Blog
/
Most Famous Magician Movies of All Time

Our Favourite Magician Movies of All Time

Some of the greatest blockbusters and indeed the most classic of films are those featuring magicians. All of the movies that we feature below are all originals, which for some people makes them even better. A recent study showed that movie remakes were rated lower than their original counterparts.

The heart of the fantasy genre, millions of people love the escapism that magic brings, exporting them to a place of illusion and presenting them with an alternative world.

With captivating performances and some of the finest illusions ever seen, here are some of the most famous magician movies of all time.

Focusing on two rival magicians, The Prestige is an Edwardian period thriller set in London. Directed by Christopher Nolan, this 2006 box office hit features Hollywood giants Hugh Jackman and Christian Bale as stage magicians Angier and Borden. Based around the 1995 novel of the same name, both are locked in a bitter feud after a tragic event involving Angier’s wife. Things heighten when Borden seemingly undertakes the penultimate of magic tricks – teleportation. Determined to discover his tricks of the trade, Angier becomes obsessed with uncovering Borden’s secrets. What follows is an obsessiveness which endangers the lives of all those around them.

Now You See Me

An American heist film, Now You See Me brings together a thoroughly impressive cast of A-Listers. Topping the list of films smashing the box office, it follows a group of illusionists who not only perform magic in front of their audience but then reward these audience members with money. This money comes from a series of bank heists which these world renown illusionists undertake with ease. Yet, hot on their trail is the FBI with a bizarre investigation, which is not quite what it seems. Now You See Me is not all that it initially appears to be though, and the closer movie-goers watch this film, the less they begin to see! A sequel to the movie was made and released back in 2016. It was also announced that there will be the third installment released at the end of 2019!

A beautifully crafted film, The Illusionist is full of magical intrigue. Set in nineteenth-century Vienna, Edward Norton takes the lead here as Eisenheim a magician who uses his abilities to get the woman he loves. However, this woman is a duchess and far above his social ranking, and such a match is frowned upon. Eisenheim is not your ordinary magician though, rather a supernaturally talented one who turns to his mystical powers to tempt the duchess from her soon to be husband, the prince. With an ability to keep you guessing to the very end, The Illusionist is storytelling at its best. 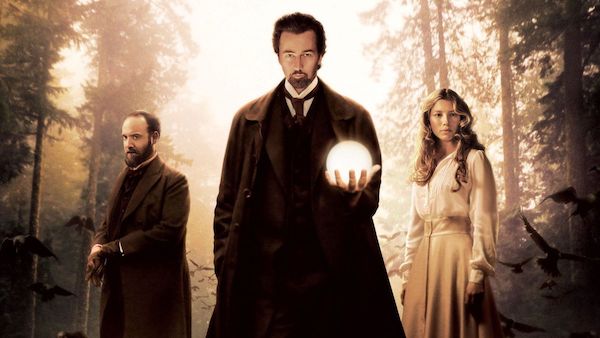 A magical film with a difference, The Magician is a Bergman classic. Released in 1958 to the original title of Ansiketet, it follows a travelling magician and his assistants in nineteenth-century Sweden. Accused of blasphemy by a rationalist, the group are persecuted by Swedish authorities. Combining elements of light comedy alongside black horror, this is considered by many as a story with real depth to it. With actors putting on some top-quality performances and skilful cinematography, The Magician is a must-see for both film and magic lovers alike.

Re-telling the story of the infamous Harry Houdini, this biographical piece takes us from Houdini’s birth all the way through to his death. Focusing on his immigration to the US, his relationship with his wife and indeed his colourful career, it also looks at what made him a household name. Houdini was considered the best escape artist of all time, but he also worked as a séance debunker. Mystery and magic surrounded Houdini, and he created a persona through cheating death at every opportunity. A fascinating insight, the TV film Houdini examines the man behind the magic alongside those who stuck with him throughout his journey. 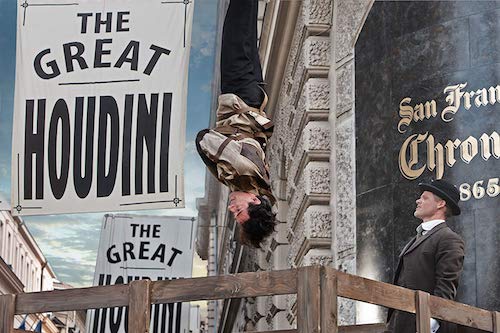 A Disney blockbuster, The Sorcerer’s Apprentice is a full-on tale of magic and fantasy. Starring Nicolas Cage as the Master Sorcerer, the film combines modern-day magic alongside ancient sorcery. Recruiting a reluctant protégée with the job of saving the world, what follows is a fun, fascinating, and frightening crash course of art and the science of magic. Based on Disney’s Fantasia film and a 1890s symphonic poem, this was a huge blockbuster hit when it was released in 2010. With a good dose of mythology, The Sorcerer’s Apprentice is an action-packed film delighting young and old alike.