How To
/
Blog
/
Debating the Arcane: Fact or Fiction? 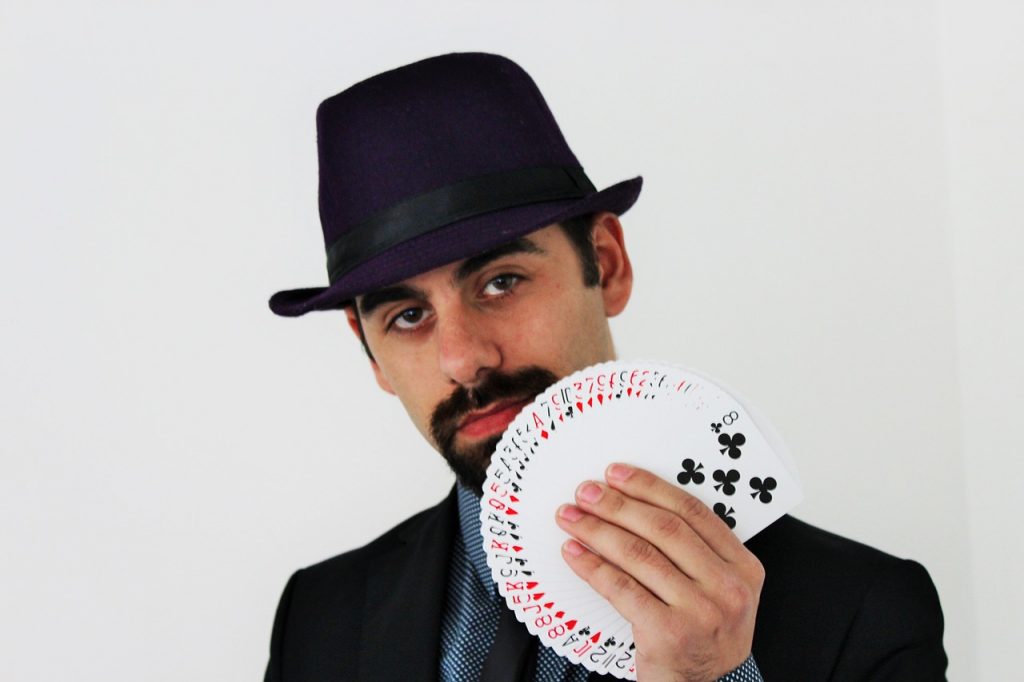 Supernatural forces and powers have long been a part of both folk legend and spiritual belief of humans all across the world.

The world beyond the mundane has been portrayed in many ways, sometimes anthropomorphised in the form of angels, demons, and jinn, other times described by secret rituals, behaviours, or invocations that pull on a force that is seen as omnipresent in the world around us.

Magic is one of the broadest manifestations of the supernatural in human belief, found in many forms across nearly every religious system of the world. While some religions embrace it and others denounce it, nearly every belief system has different definitions of what magic actually is.

Even those who do not formally subscribe to any religion or philosophy often at least toy with the possibility of the existence of magic or magical beings, especially considering the pervasive presence of fictionalised depictions of magic in popular media. And some things are simply not magic – for example casinos which run card games, you can see from this Casumo review that their games are simply based on mathematical formulae.

Discovering the truth behind the thousand-fold tales of magic that exist across the many cultures of Earth is no easy task, and discovering the whole truth is likely to be near to impossible.

However, with an open mind and a charitable heart, one can likely come to an understanding of why or why not individuals believe in the existence of magic.

Common Beliefs and Arguments for the Existence of Magic

The experience of any individual human is limited in scope, and even the combined knowledge of all humans is next to nothing in comparison to the countless mysteries of the universe.

For this reason, ruling out the existence of supernatural or magical forces outright is simply arrogant. While individual unexplained occurrences can often be explained, and charlatans invoking the supernatural for their own gain can be exposed, much of what is considered magical is untouchable in this way.

A popular contemporary belief is in the power of positivity and the New Thought concept of the Law of Attraction. These beliefs hold that our thoughts and our will can and do influence our lives.

While these concepts do not base themselves on laws of physics, they argue that there is invisible energy in the universe that can be revealed only by connecting events to one another.

These two common beliefs in magic, while very different from fantasy depictions of magic, base themselves off of a famous relic known as the Emerald Tablet, which was long believed to contain the secrets of Alchemy.

The Emerald Tablet, having been the basis for countless schools of thought, including Alchemy, which eventually became chemistry. Because of this, many believers in magic see it as key ancient wisdom that established precedents to concepts we rely on today.

Another common argument for the existence of magic and the supernatural is the sheer number of people who claim to have had experiences with ghosts or other spirits. Pew Research organisation surveys show that almost 1/5th of all Americans claim to have had an encounter with a ghost or spirit.

This percentage of people, in a country whose primary religion, Christianity, does not explicitly endorse the existence of restless spirits, is notable. Entire fields of research have sprung up around the research of ghosts, with many people actively seeking – and allegedly finding – the spirits the dead leave behind.

Common Beliefs and Arguments Against the Existence of Magic

Research undertaken by a psychology researcher and writer by the name of Matthew Hutson implies that most people, even those who claim to not believe in magic, still respond positively psychologically to the idea of the existence of magic and the supernatural.

His research seems to reveal that people naturally associate positive or negative outcomes that they predict with irrational association to causality.

Hutson’s research points to the idea that our psychology predisposes us to make connections where they don’t necessarily exist, possibly because that behavior may have saved our ancestors from harm throughout history.

While his research is not yet conclusive, other psychological research has shown our vulnerability to overlooking our own cognitive biases. Those who do not believe in magic often point to clear examples of benign cognitive biases informing incorrect opinions.

Additionally, many of the seemingly unexplainable phenomena of the past have come to have a perfectly natural explanation that simply wasn’t available at the time.

Magical or supernatural causes, therefore, don’t have to be an assumption for the unknown, but should instead be reserved for spiritual and emotional motivation that is acknowledged as not scientific fact.

Appreciating these two viewpoints can lead to a mutual understanding and growth that both respects the history of one of the most ancient concepts known to human culture and acknowledges the need to investigate and find truth.

In a time of heightened conflict, mutual and peaceful appreciation of both our past as a race of creatures on Earth and our future as bearers of the torches of culture and science can be empowering in surprising ways.