David Copperfield is one of the most famous and highest-earning magicians; his magic acts are best known for the combination of storytelling and illusion and throughout his career of over 40 years Copperfield was awarded 11 Guinness World Records, a knighthood by the French government, and a star on the Hollywood Walk of Fame. Even if David Copperfield is so famous, people know very little about his life and career. Here are some intriguing facts you may not have been aware of:

1. David Copperfield is not his real name

2. He beat any other solo entertainer in the world in terms of earnings

David Copperfield was named the most commercially successful magician in history and not without a good reason: so far he sold 33 million tickets worth over $4 billion.

3. Magic performance is not his only business

Copperfield also manages his own chain of resort islands in the Bahamas, 11 islands called “Musha Cay and the Island of Copperfield Bay.”

4. Yes, there is a reason why his name sounds so familiar

5. His parents are Jewish

His mother, Rebecca, is an insurance adjuster, and his father, Hyman Kotkin, owned and operated a men’s haberdashery called Korby’s.

David Copperfield was just 10 when he began to practice magic under the name of “Davino the Boy Magician” in his neighborhood, and two years later he became the youngest person admitted to the Society of American Magicians. David used magic to get over his shyness and loneliness, and later, as a way to meet women. At age 16, he was already teaching a course in magic at New York University. 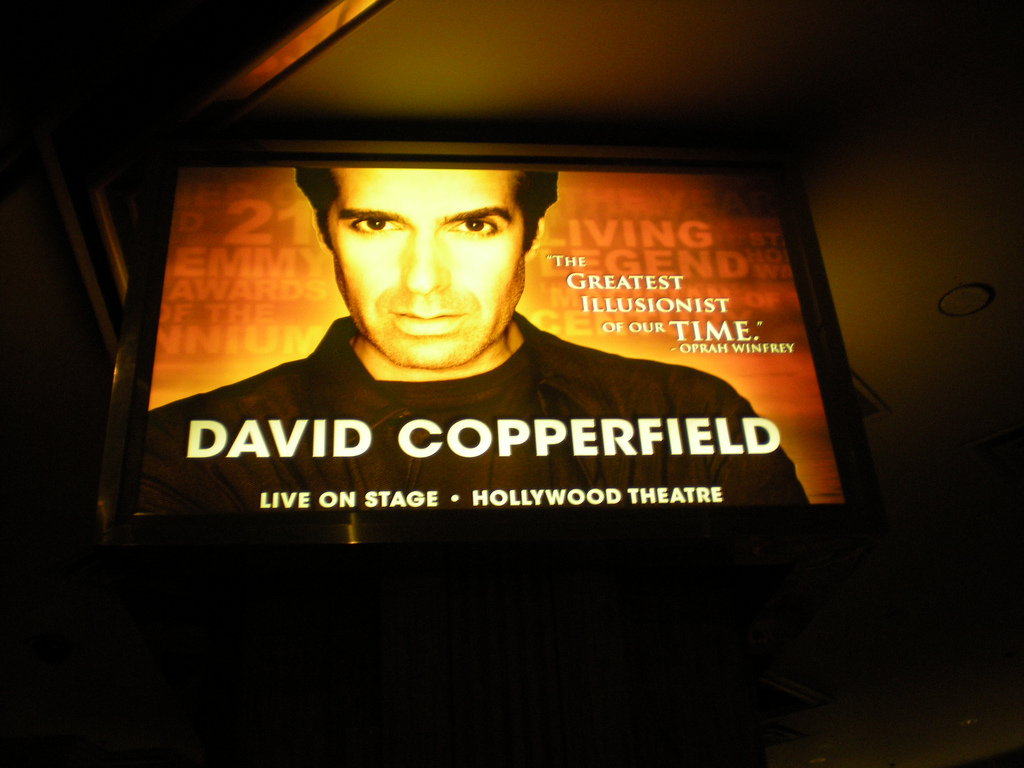 7. He left school for art and magic

Copperfield was enrolled at a Jesuit based school at Fordham University, but just three weeks after starting his freshman year, he dropped out of school to play the lead role of the musical The Magic Man in Chicago. The show became the longest running musical in Chicago’s history.

8. Copperfield apparently had a misunderstanding with Michael Jackson

It was reported that on May 7, 2009, Copperfield was dropped from the singer’s residency after having an alleged disagreement over money. Copperfield wanted to be paid $1 million per show, but the magician denied the rumors and said, “don’t believe everything you read.”

9. His role models were not magicians

You’d expect Copperfield to have been influenced by a magician when he was a kid, but the famous illusionist declared something else: “My idols were Gene Kelly and Fred Astaire and Orson Welles and Walt Disney… they took their individual art forms and they moved people with them… I wanted to do the same thing with magic. I wanted to take magic and make it romantic and make it sexy and make it funny and make it goofy… all the different things that a songwriter gets to express or a filmmaker gets to express… ”

10. He supported gambling in Maryland

Maryland residents received a robocall from David Copperfield in October 2012, on the topic of the upcoming Maryland ballot initiative intended to expand gambling in the state. 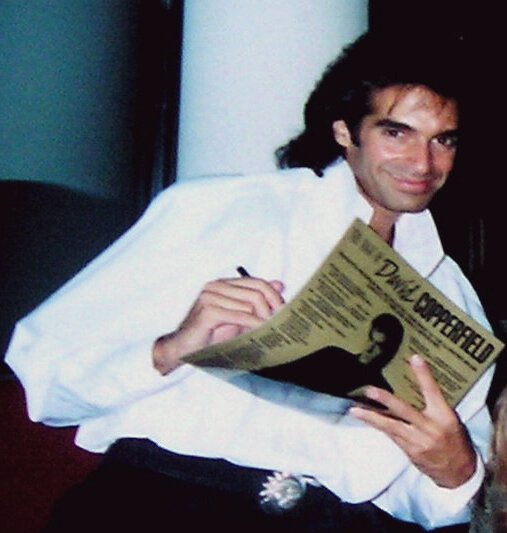 11. Accidents and injuries did not bypass Copperfield

Copperfield suffered two major accidents throughout his career. In 1984 he was rehearsing for an illusion where he was shackled and handcuffed in a water tank and he became tangled in the chains. He was pulled from the water after 1 minute and 20 seconds in shock and taken to the hospital. Copperfield had pulled tendons in his arms and legs and he had to use a wheelchair for a week after. Another accident led to Copperfield accidentally cutting off the tip of his finger with sharp scissors. Hospital staff managed to re-attach his fingertip.

The two met in 1993 at a Berlin celebrity gala. They became engaged in January 1994 and they even performed on the stage together. The Germen supermodel acted as a special guest assistant in illusions and she also played the role of a reporter in the documentary David Copperfield: 15 Years of Magic. The couple split in 1999, citing work schedules as the reason for their separation.

13. He had to prove his relationship with Claudia Schiffer was real

Paris Match claimed that Schiffer was just pretending to be his fiancée and in fact the model did not even like him. The two sued the magazine in 1997 and two years later they won a retraction and an undisclosed sum from Paris Match.

14. He used magic tricks while being robbed

In 2006 Copperfield and two female assistants were robbed after a performance in West Palm Beach, Florida. While his assistants handed over their belongings, Copperfield used sleight of hand to hide his possessions, only to admit later it was a stupid and dangerous thing to do. The suspects were eventually arrested, charged, and sentenced. 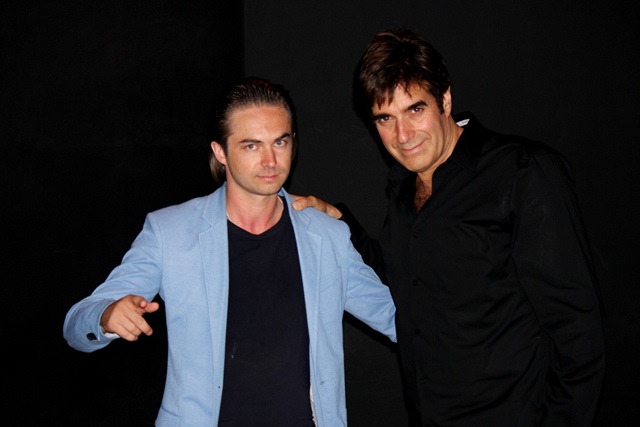 15. He has a daughter called Sky

Chloe Gosselin is a French fashion model 28 years Copperfield’s junior who has given birth to their daughter Sky in February 2010. The story became public just a year later when Copperfield’s publicist confirmed it.

Copperfield founded Project Magic in 1982 with the purpose of helping disabled patients regain their dexterity by using sleight of hand magic as a physical therapy method. The program was accredited by the American Occupational Therapy Associations and continues to be used to this day.

17. He has played in multiple films 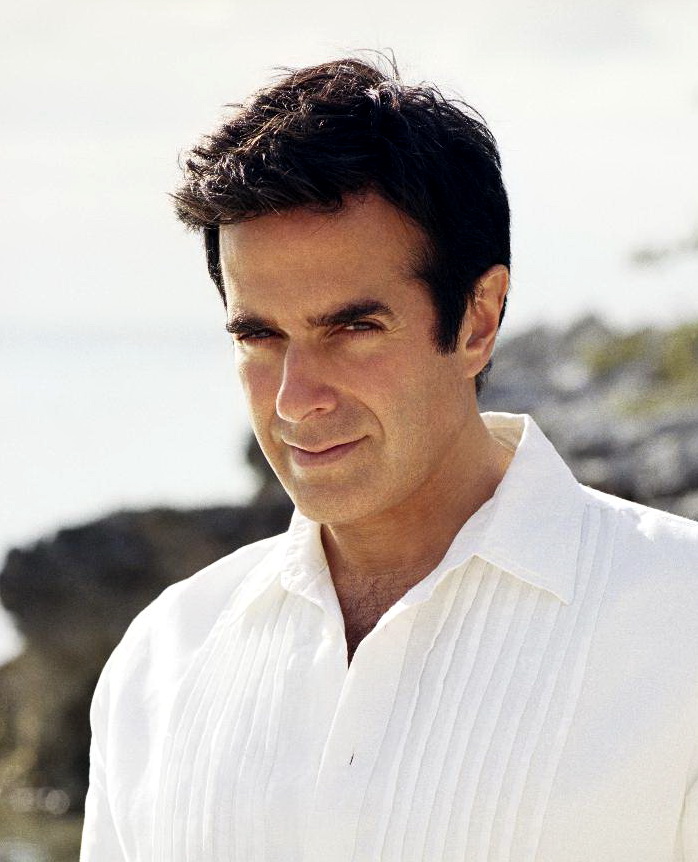 So here are the 17 things you (probably) didn’t know about David Copperfield, from personal life and his beginnings in magic to his involvement with charitable causes. But his story is not over yet, as the talented magician is planning to straighten the Leaning Tower of Pisa, vanish the moon, and make an island disappear. We’re looking forward to seeing his new illusions!